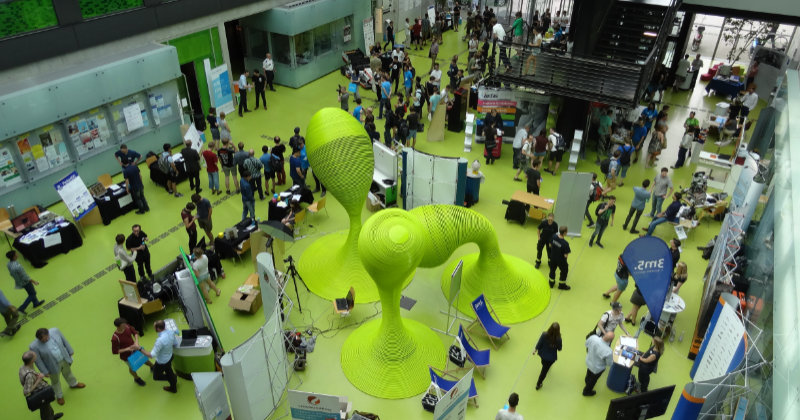 Once more, the IML Dresden participated with multiple demos in both OUTPUT and the Dresden Science Night.

On the next day, Friday, June 16, the 15th Dresden Science Night allowed people of all age groups to visit many research institutions in Dresden and see various explanations, shows, exhibits, presentation and movies presenting the research work. Again, the IML Dresden was showcasing multiple demonstrations. Tom Horak, Patrick Reipschläger, Ricardo Langner, and Wolfgang Büschel showed the interactive wall game Break Block Mountain that had already been well received last year, several interactive prototypes on multi-touch tabletops and a visualization system for the touch-enabled exploration of Starplots. Despite some rain, our lab was well-attended and we were able to discuss our research with many interested visitors.

We also collect some impressions from both events in a photo gallery.